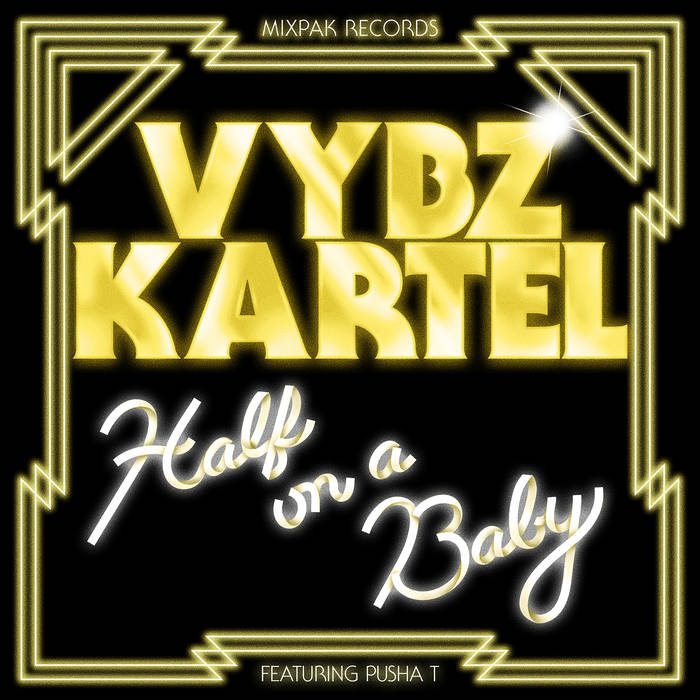 Mixpak is proud to announce a new addition to the Half on A Baby remix package! After the release of the original as the second single from the Kingston Story album, along with 5 exclusive remixes, we now add one of the most exciting names in the 2011 rap game to the roster: Pusha T. Joining forces with the Jamaican MC, he offers up a slow, sultry and stripped down verse to perfectly complement Kartel’s own impassioned flow.

This is New York to Kingston via Virginia, uniting a Jamaican dancehall legend with one of hip hop’s most distinctive voices. This is Mixpak to the fullest.

Mixpak is a Brooklyn-based record label, founded in 2009 by producer Dre Skull. A contemporary encapsulation of the classic Brooklyn-Caribbean connection, the label is home to some of Jamaica’s biggest stars, releasing full length albums with Vybz Kartel and Popcaan as well as riddim releases featuring Beenie Man, Machel Montano, Tifa, Spice and more. ... more

Bandcamp Daily  your guide to the world of Bandcamp

Featured sounds from Fly Lo and Ahmed Idris, plus Mother Nature hops on to drop off new project